Observational data from radiosondes deployed in Antarctica improve the forecasting accuracy for severe Antarctic cyclones, according to a Japanese research team led by the Kitami Institute of Technology, Hokkaido, Japan.

In parts of the Earth that are very sparsely populated, such as the Antarctic, direct observational weather data can be hard to come by, and with Antarctica’s extreme climate, failure to accurately predict severe weather can easily become deadly. The team conducted a study that focused on the impacts of these data on forecasting an extreme cyclonic event, and the findings have been accepted and published as early view in Advances in Atmospheric Sciences. 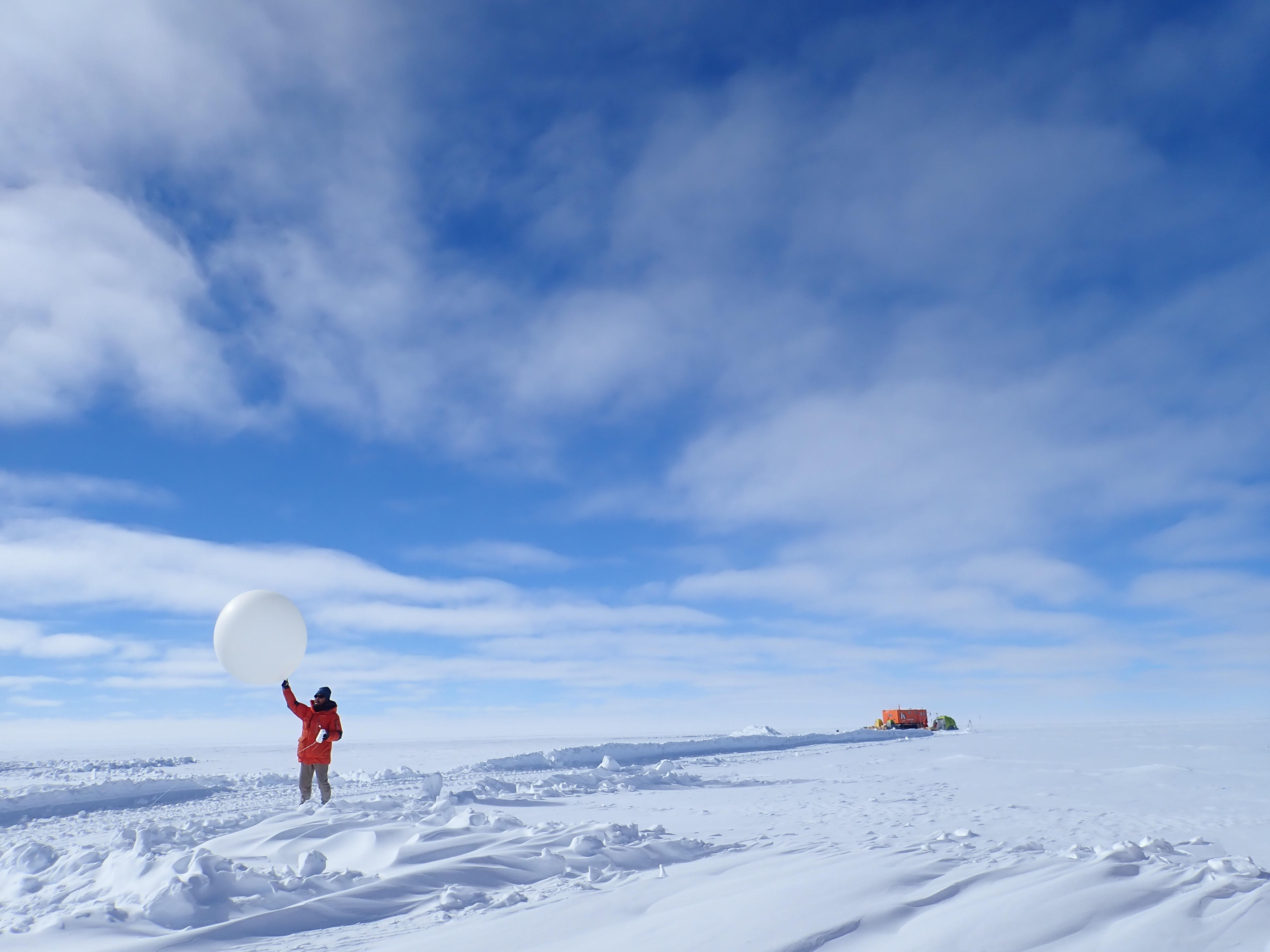 With advancements in satellite technology and computer modeling, forecasting of storms and other weather events is constantly improving. However, accurate forecasts are not based on satellite data alone – they still rely on direct measurements taken at the surface and in the atmosphere. Direct measurements of the atmosphere can be obtained by deploying weather balloons equipped with radiosondes, devices that collect and transmit information about variables such as altitude, temperature, humidity, and wind speed.


The research team looked at the importance of weather radiosonde data in predicting severe weather events over Antarctica and the surrounding Southern Ocean. “We investigated the impact of including additional radiosonde observations from both the research vessel Shirase over the Southern Ocean and from the Dome Fuji Station in Antarctica on forecasting using an atmospheric general circulation model,” explains lead author Kazutoshi Sato, an assistant professor at the Kitami Institute of Technology, Japan.


The researchers conducted a forecast experiment that focused on an unusually strong Antarctic cyclonic event that occurred from late December 2017 to early January 2018. Two datasets, one that included the additional radiosonde data and one that excluded those data, were used as the initial values. Only the experiment that included the radiosonde observations successfully captured the cyclone’s central pressure, wind speed, and moisture transport 2.5 days in advance. These results clearly show that even with operational weather forecast centers, collecting radiosonde observation data is important to improve the forecasting accuracy for Antarctic cyclones.


However, the sparsity of observations in the Antarctic remains a problem. “Even with the assimilation of the additional radiosonde observations,” says co-author Jun Inoue, an associate professor of polar science at the National Institute of Polar Research, part of the Inter-University Research Institute Corporation Research Organization of Information and Systems (ROIS) in Tokyo, Japan, “the experiment was unable to forecast the development of the cyclone four days in advance. That leaves a great deal of room for improvement.” In a project called the ‘Year of Polar Projection’, many Antarctic stations have deployed additional radiosondes to provide an opportunity to further investigate the impact of the resulting data on weather forecasting in Antarctica.


To provide more accurate weather forecasts, Inoue noted that new additional observation systems need to be developed in the future. Improving severe weather forecasting in Antarctica will continue to be a priority, as the lives of researchers and other personnel in the region may depend on it.

This journal is a member of and subscribes to the principles of the Committee on Publication Ethics.